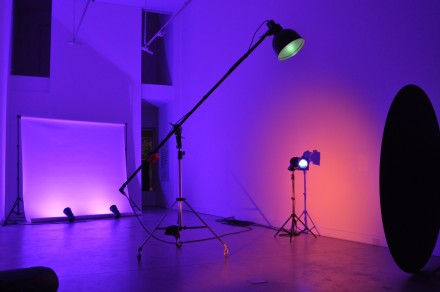 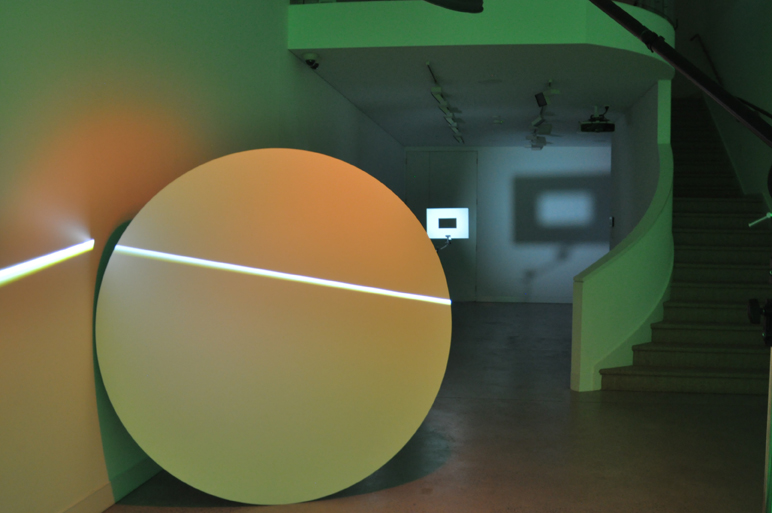 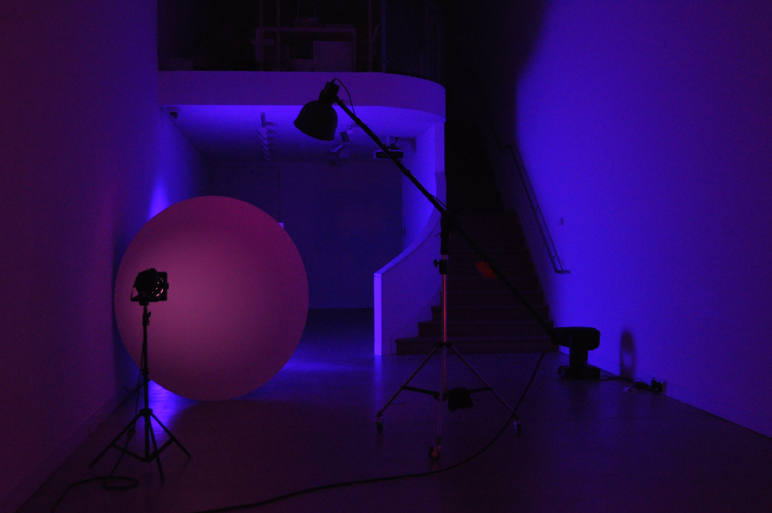 Daniel von Sturmer was first collected by Ten Cubed in 2010 with the acquisition of two video works from The Cinema Complex at Anna Schwartz Gallery, Sydney. In 2013 these works were shown in his highly successful exhibition at the gallery.

His works have continued to be admired and collected, most recently from the immersive installation  Electric Light, first shown at Anna Schwartz Gallery in 2016. This work will be presented in his current exhibition at Ten Cubed.

Electric Light presents a scenography of forms borrowed from the world-behind-the-scenes of lens based image production. Backdrops, stands, flats, flags and bounces populate the gallery space, illuminated by a changing array of coloured lights. A moving light animates the space with changing forms, shapes and colours, adding another layer of dynamic activity. This new work brings light to the foreground and renders the gallery as an unfolding set.