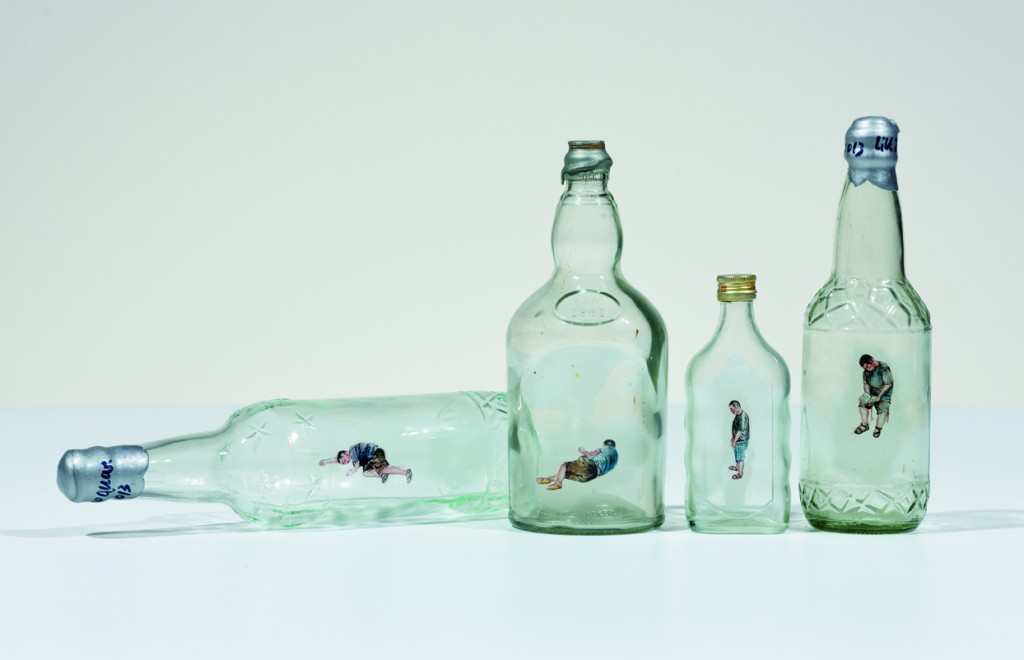 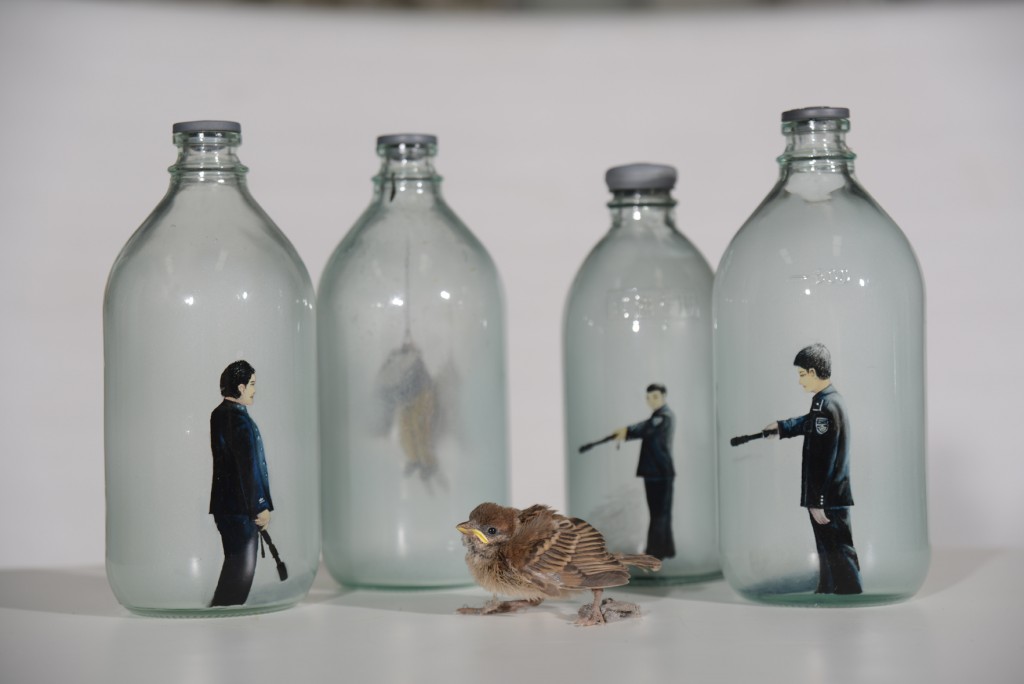 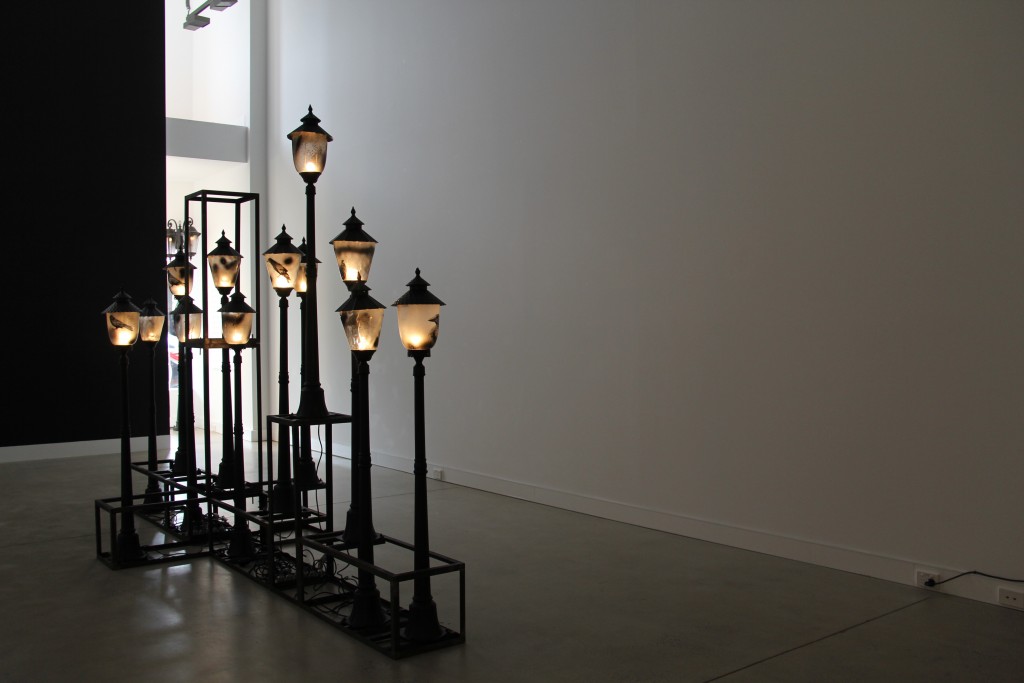 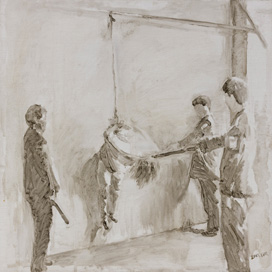 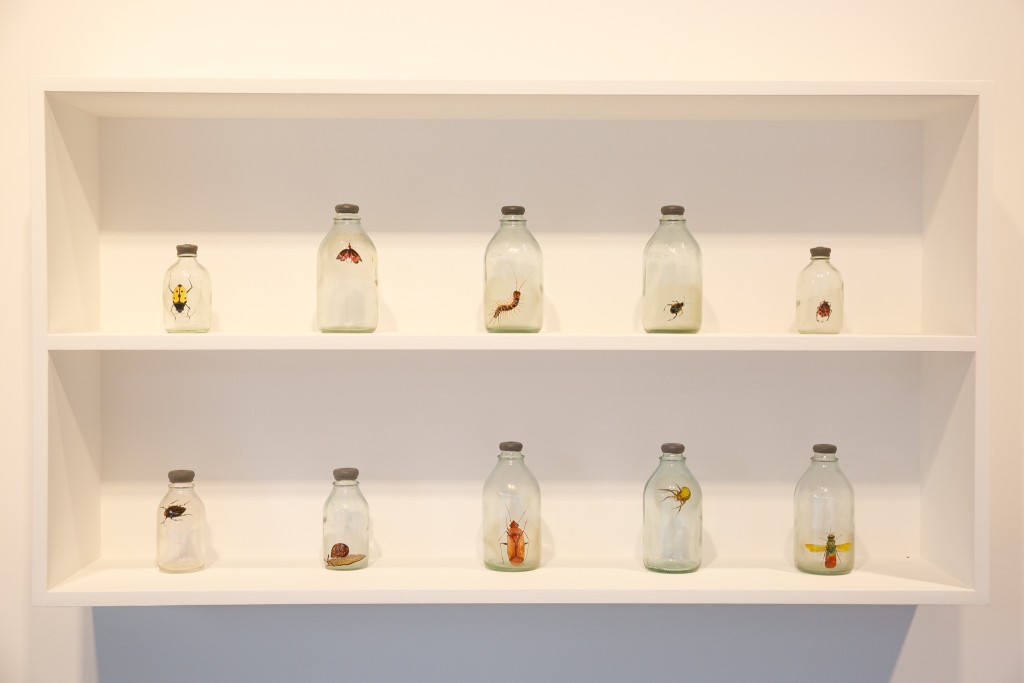 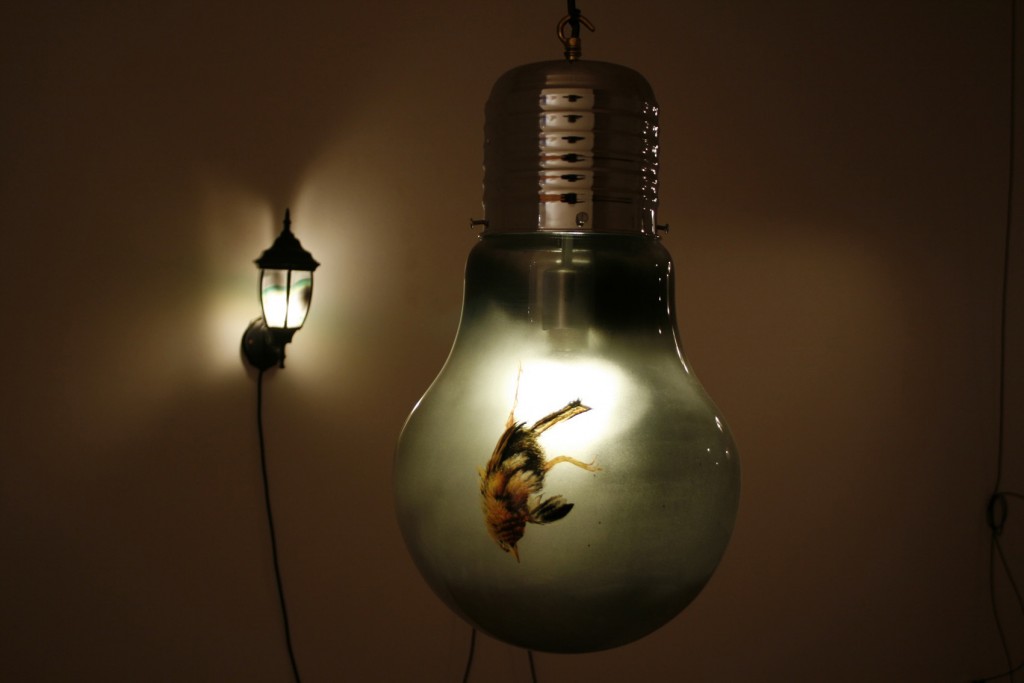 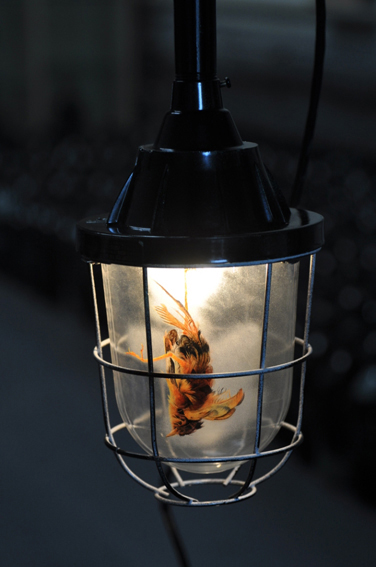 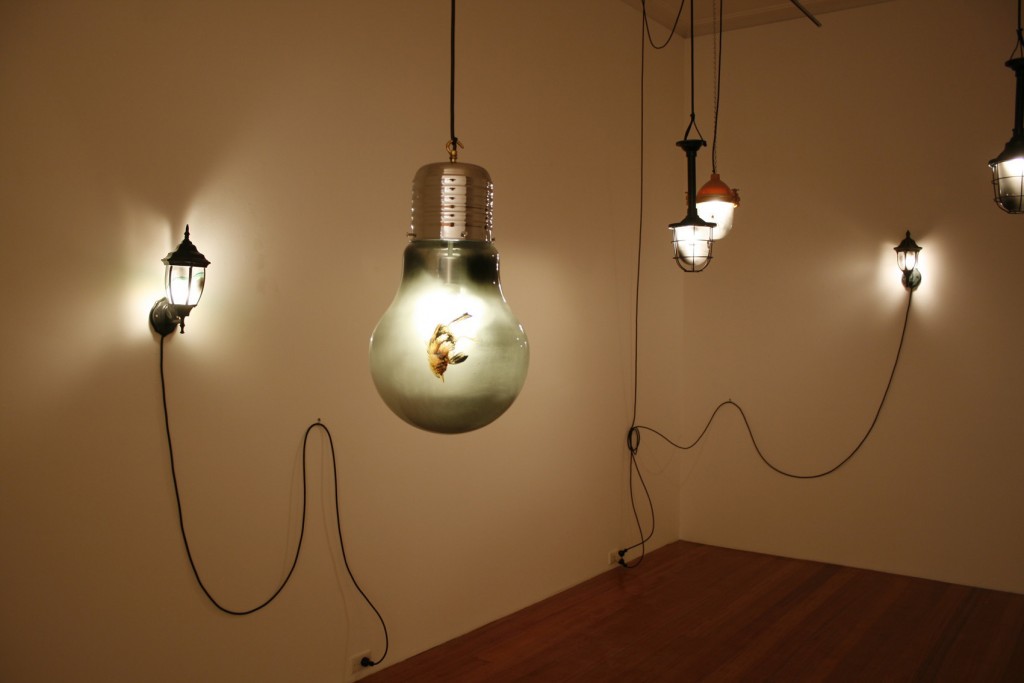 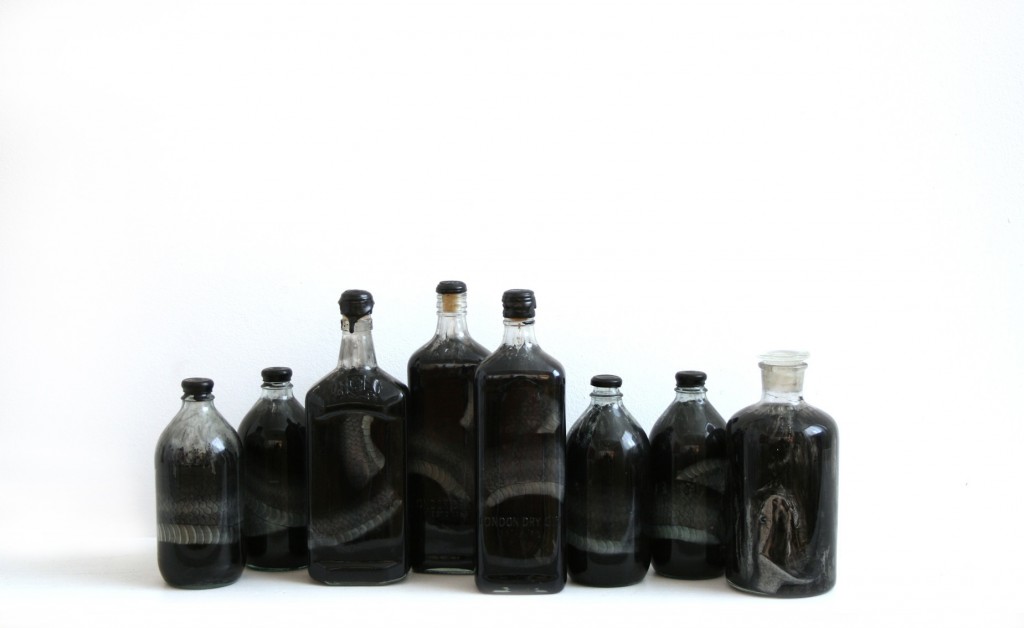 In Liu Zhuoquan’s Beijing studio ordinary and mundane objects become extraordinarily delicate and beautiful installations through the intervention of the artist’s skill and his astute observations of the world around him. Reinventing the ancient technique of ‘neihua’, the ‘inside painting’ once used to create delicate scenes inside snuff bottles in the Qing imperial court, Liu instead paints the ‘ten thousand things’ of Buddhist philosophy to transform found objects. Discarded bottles, light bulbs and street lamps are filled with beautiful and intricate representations of flora and fauna or sometimes more sinister subjects that depict aspects of contemporary cultural and political life in China.