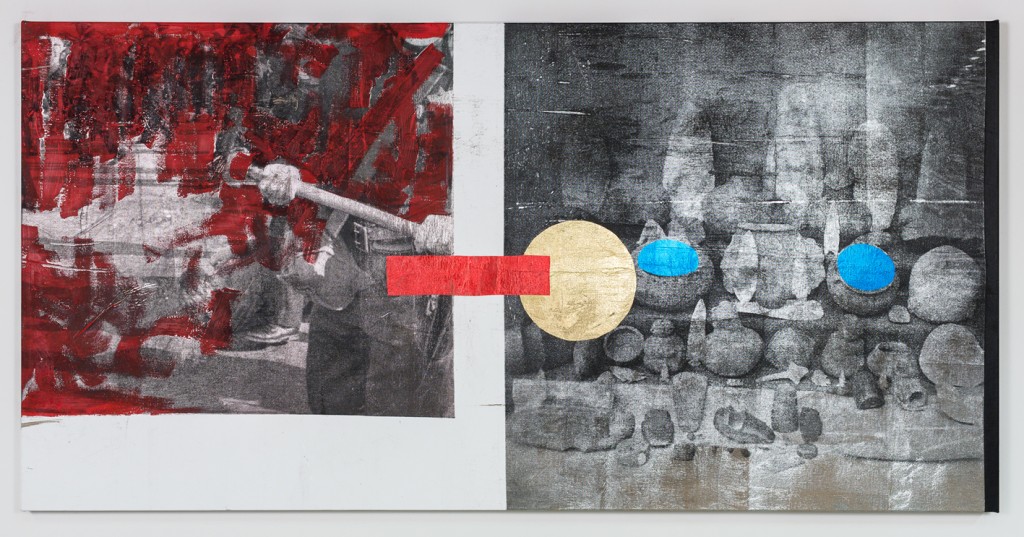 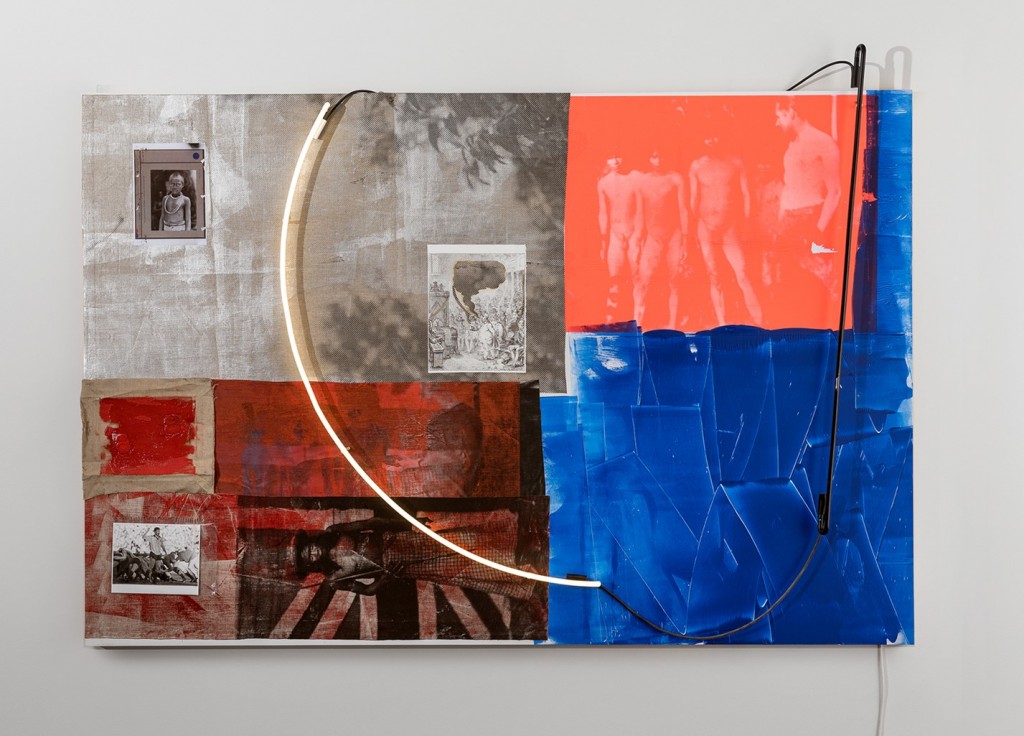 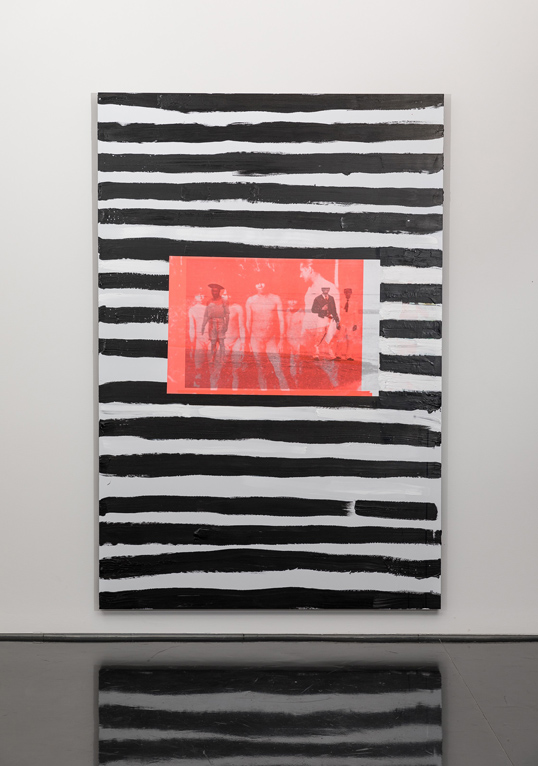 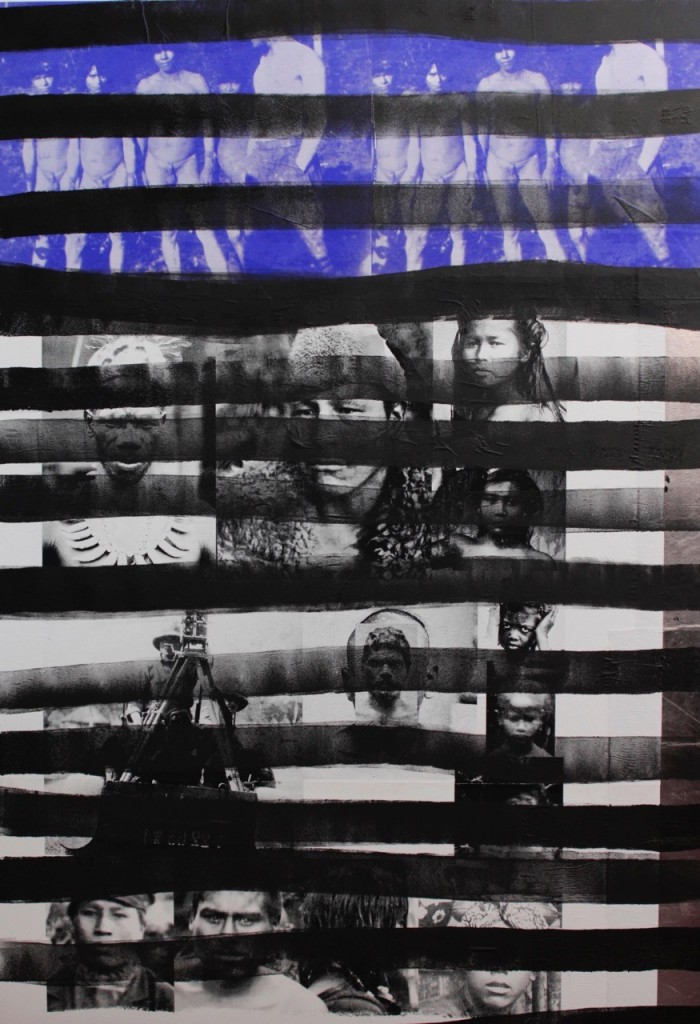 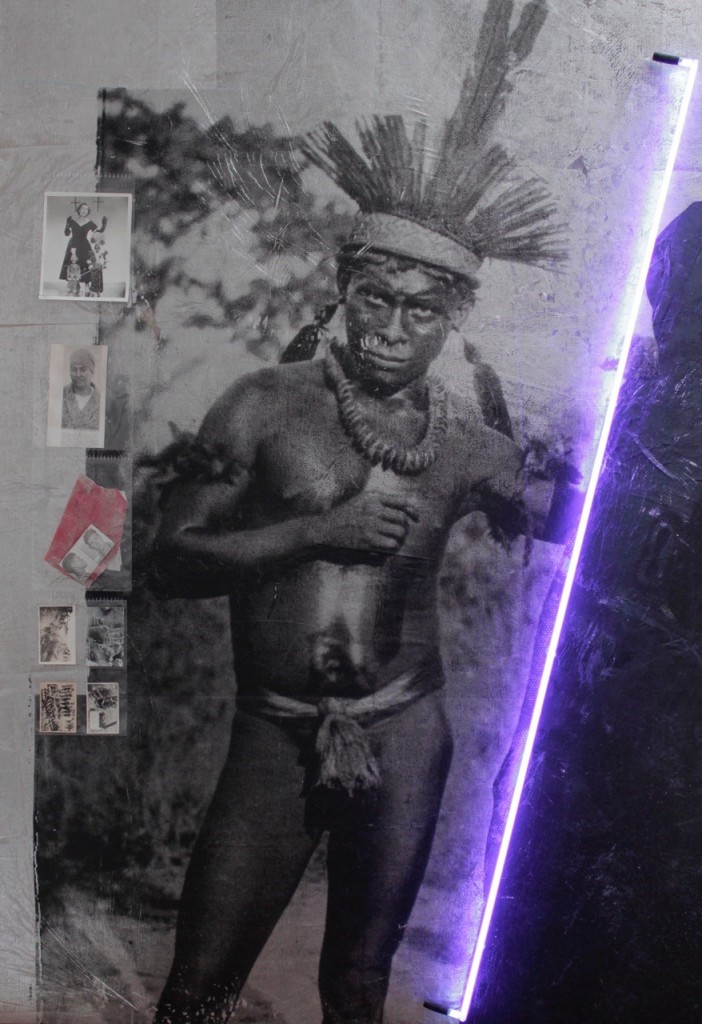 Brook Andrew is an interdisciplinary artist who examines dominant narratives to turn history inside out. He often comments on the validity of colonial and modernist legacies as the prime narrative. His museum and archival interventions influence his sculptural and painting works. These are imbued with archival materials ranging from found musical scores to colonial tourist postcards, as well as archives gifted to him by anthropologists and artists. His aim is straightforward – to make forgotten stories visible and offer alternative narratives for interpreting history.

The Language of Skulls is a small three-year survey of mixed media works collected by Ten Cubed alongside newly created artworks. Current collection works include Systems I and Systems II 2016, acquired at Spring 1883 2017; Horizon and The Setting Sun from the exhibition SPIN at Tolarno Galleries; and Ceramics I from his most recent exhibition SMASH IT at Roslyn Oxley9 Gallery, 2018.