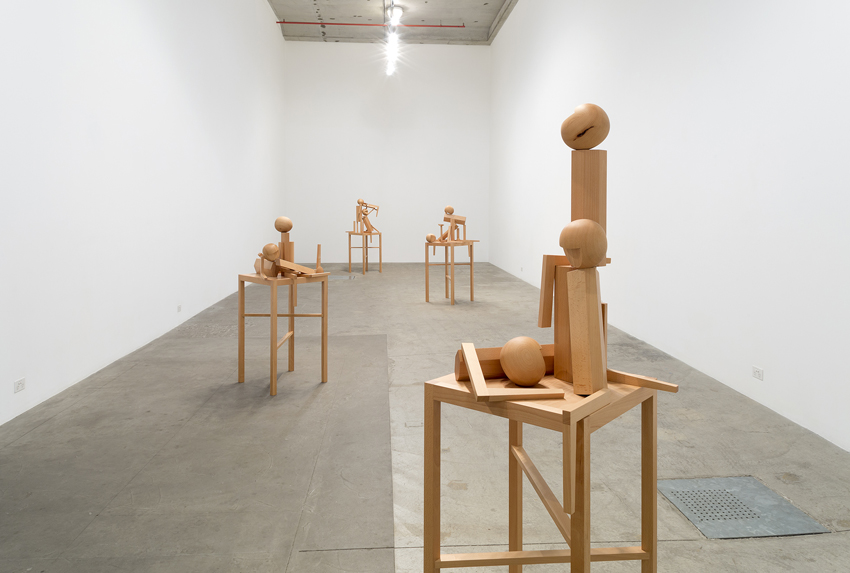 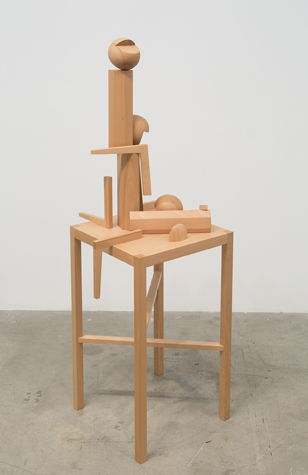 Alexander Knox
Before, during and after 2015
Solid beech, 167 x 59.5 x 64cm
Image courtesy the artist and
Murray White Room, Melbourne 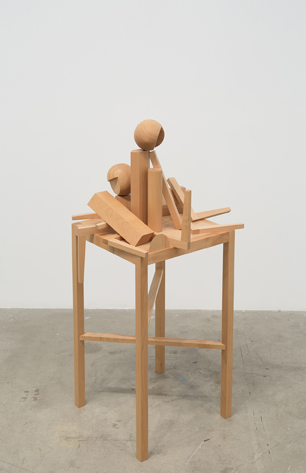 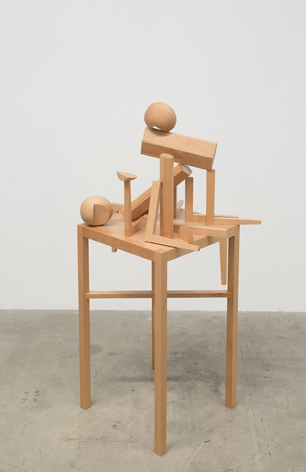 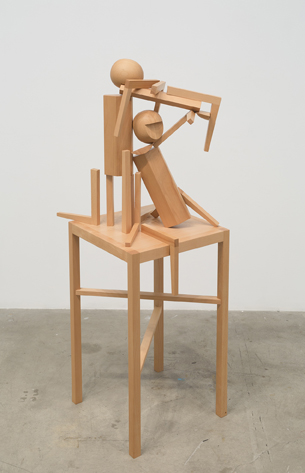 Alexander Knox is a Melbourne-based sculptor, and has put his Graduate Diploma of Fine Art (Public Art) gained at RMIT to good use. He is responsible for creating some of the most impressive large-scale kinetic light installations, soundscapes and sculptures across Melbourne and other capital cities around Australia. His kinetic light work on the Melbourne Rectangular Stadium is mesmerising and a feature of the Olympic Park nightscape.

Knox also works on a less monumental scale. The four sculptures acquired by Ten Cubed from his 2015 exhibition Things I’m Working Through at Murray White Room are exquisitely crafted wooden constructions, made from components that look like children’s blocks precariously arranged on designer tables. The scenario of each sculpture is a unique arrangement with figurative suggestions that raise questions of identity and difference between each variation. In his catalogue essay, Dr Justin Clemens states, ‘Repetitive basic furnishing shapes are deployed to different ends: a sphere can be squashed to become a cranium; a simple incision into the sphere can create the sense of the eyebrow-line or open lips.  The artist is here not only re-membering bodies but repeating them…,each time with a difference.’

In 2008 Knox was awarded the Melbourne Prize for Urban Sculpture, and in 2006 he won the Helen Lempriere Sculpture Award after receiving the People’s Choice and a high commendation the previous year. He has undertaken an Asialink residency in Thailand (2004) and worked in the Australia Council Los Angeles Studio (2002). Knox is represented by Murray White Room, Melbourne.