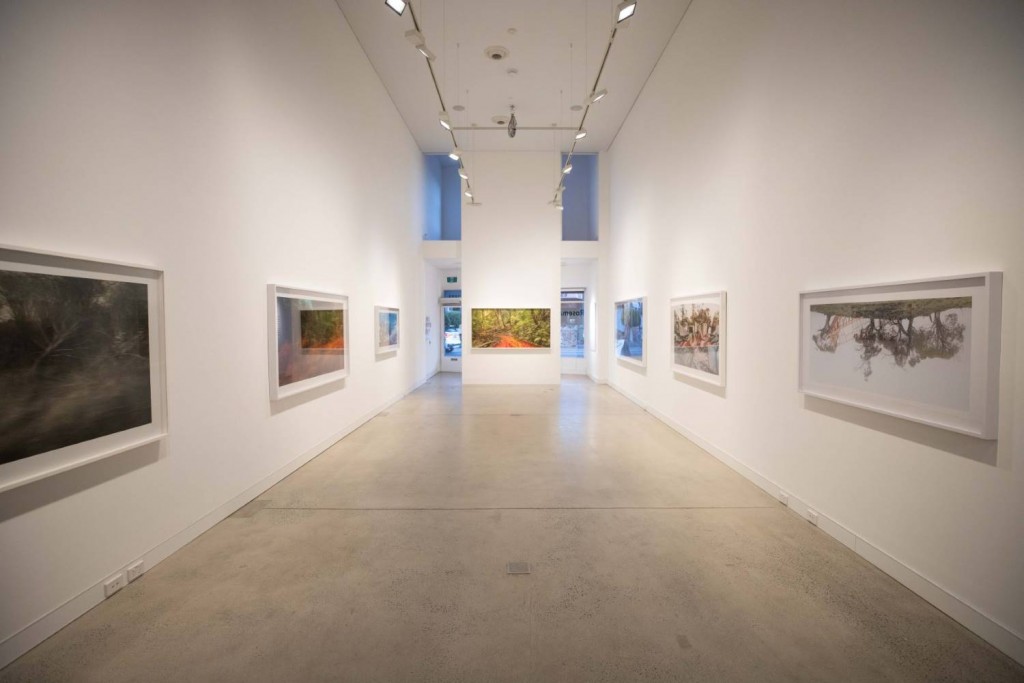 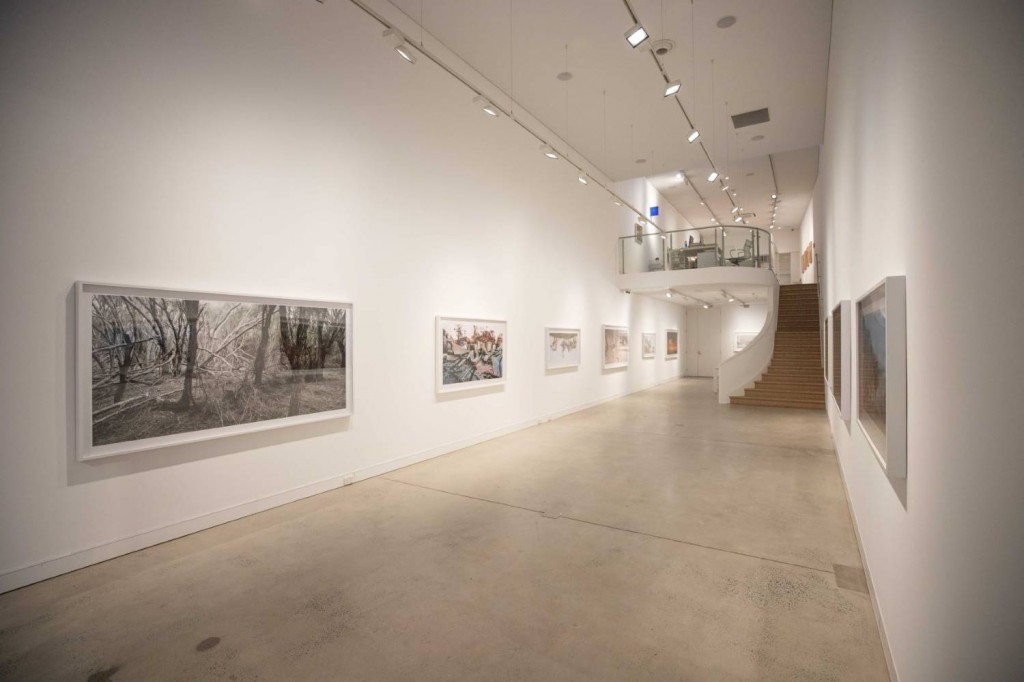 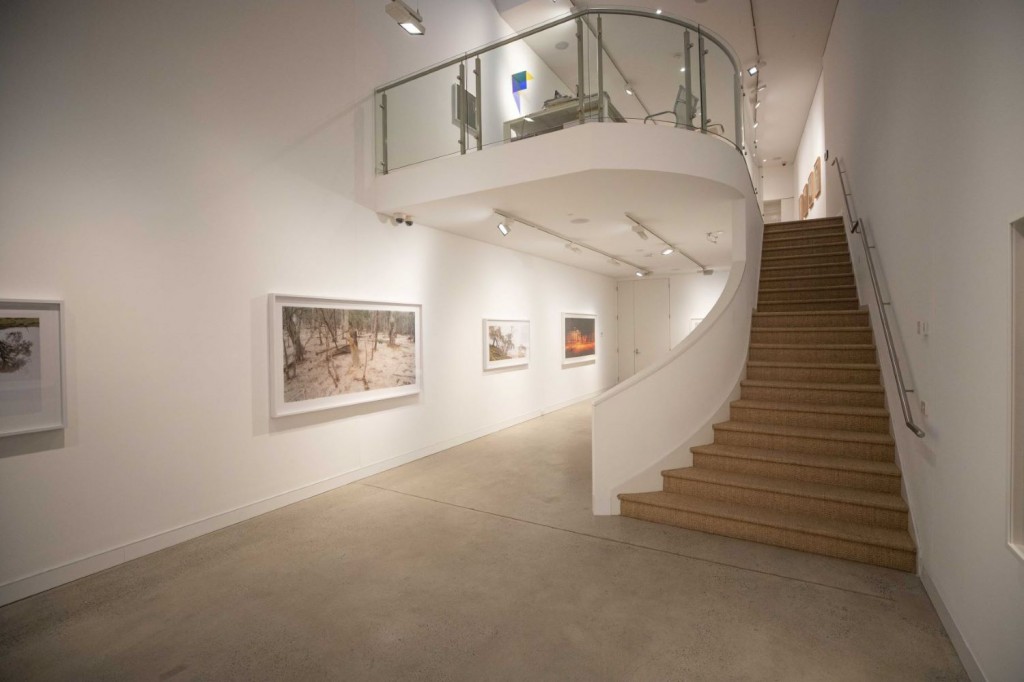 In Buddens, hundreds of unwanted clothes were laid over a riverbed that leads to Wreck Bay in New South Wales, the site of many historical shipwrecks. For leak, an oversized upside-down domestic timber house frame was built into a paddock hill on a sheep farm. About leak, she speaks of ‘the tension between land occupation and spreading urbanisation… and the elastic gravity between the sky, and the ground, and their connected conditions.’

Laing’s photographic projects consider the politics and histories of a situation or place. Her images of landscape are often interrupted with structures which explore our relationship to the land and the boundary between the built and natural environment. About Buddens the artist speaks of ‘how the arrival of people, throughout history, shifts what happens in land, challenging those who have left their elsewhere, and disrupting the continuum of their destination place. Disruption causes reconfiguration. It elaborates both the beforehand and the afterwards.’